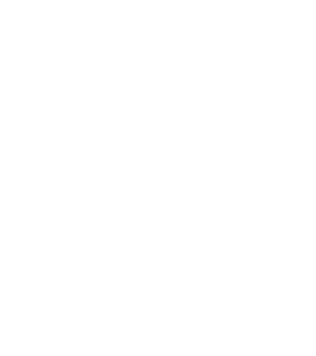 ​​· Expect discounted prices if you are a
FilmFreeway Gold member
​
​​· Student filmmakers / disabled filmmakers
get 40% off entry fee,
email adrian@lonelywolffilmfest.com

WHY COMPETE AT LONELY WOLF?

Rules are reasonable and pretty straightforward to enter the Lonely Wolf competition (and join our "wolfpack"!).
We only expect a few things from you which you automatically agree to upon entering your work into the competition...

​​BY SUBMITTING TO LONELY WOLF YOU AGREE TO THE FOLLOWING...

​​· Copyright — You authorise that your work is cleared for festival exhibition (all music, fonts, visuals etc. are cleared worldwide, in perpetuity, multi-platform), and the intellectual property is yours, or if acting as distributor — you have acquired permission from the copyright owner.
​​· Use of stills / clip fragments — You consent to the posting of stills and short clip fragments from the film on the festival's website/platform plus social media channels, for solely promotional, non-commercial and educational purposes. Stills from your film could be used for example within our final list of winners/nominees, and short clip fragments from your film could be used within our festival trailer.
​​· Downloading — You consent to the festival director having access to download your film(s) to facilitate offline study and the festival's programming/curation needs and functions. You can opt out from this whilst still being able to participate in the competition.
​​· Digital cinema / critique journal — Lonely Wolf's digital cinema is a private members-only online streaming platform built-into the festival's dynamic; the cinema's purpose is strictly non-commercial and for educational purposes. Independent filmmakers can both benefit from having exposure to film buyers, distributors and press via this private space, whilst being granted the rare opportunity to watch all the best films of the competition with great ease and from the comfort of their home. Upon entering the competition, you grant us permission to exhibit your film privately under password-protection. You can opt out from being exhibited in this way at any point, it's not a requirement to allow this in order to compete. Some of you will opt to have your film reviewed also, your film review and star rating will be publicly shown on our website's critique journal. You can opt from your film review being publicly displayed, whilst still opting to receive this service. Let us know your preferences, everything we do is to advance your agenda and that of your film's. We're committed in protecting and leveraging your work.
​​· British Film Institute (BFI) exhbition — You consent to your film being shown at the prestigious British "Jedi temple" for filmmakers — the BFI in Southbank, London! And authorise your work is cleared for this theatrical exhibition. You can opt out from this whilst still being able to participate in the competition.
​​· IMDb — Lonely Wolf's team make themselves responsible for syncing up your awards/nominations to your IMDb pages, but we do not make ourselves responsible for creating your film pages from scratch if they're not already in place.
​​· Code of conduct — Lonely Wolf uphold the outmost respect for every member of its "wolfpack" community and are committed in nurturing your growth and passion for the craft of filmmaking. In our mission, we endeavour to deliver most personable, friendly and motivational communications. We expect the same code of conduct from you — "treat others the way you want to be treated". Lack of respect and/or misbehaviour will lead to disqualification and legal actions.
​​· Feedback — We can’t be responsible for providing individual feedback on every entry we get (unless you opt for a critical review), nor justify/explain ourselves for not selecting your work. No inquiries or arguments will be entertained regarding non-selected films. The decision of the festival selection committee will be final. We will however point you to specific educational resources within our platform to help you find clues and nurture your growth.
​​· No refunds / sportsmanship — If unhappy with your work's final verdict, we can't offer you a refund because study hours have been invested into your work by the festival's judges and decision-making committee.
​​· One-click for all categories — We've comprised a flat fee whereupon entering your work via format/duration you will be automatically considered across all of the festival's competition categories for awards/nominations.
​​· Accepted submission types — We accept pretty much everything from short films, micro-shorts, medium-length films to feature films; to documentaries and TV pilots/web series; to animated films and music videos; to unproduced screenplays.
​​· Submission permissions — Same team of filmmakers can submit as many of their film projects within the same competition round as they wish. Your film is allowed to compete even if it has already premiered at another festival or is already available in the public domain.
​​· Submission restrictions — ​​Films already submitted in one edition can't be submitted again. If your film is not in English, we require English subtitles. If the film is in Spanish, you can submit it without English subtitles.
​​· Programming decisions — Not every film that gets nominated or selected will make Lonely Wolf's digital cinema straight away, Lonely Wolf's team may have plans to include your film within the private platform at a later stage.
​​· Policy on free waivers — Lonely Wolf is a high-value festival platform. Founder/CEO's philosophy demands a healthy balance. No filmmaker should be granted complete immunity from covering Lonely Wolf's entry fee whilst other filmmakers invest so much. Lonely Wolf's hybridity and modernity offer rare incentives that prohibit free waivers. Student filmmakers and disabled filmmakers are entitled to a 40% discount code, and in exceptional cases free waivers will be permitted at the festival's sole discretion.
​​· Films reviews — In order to opt for a film review, your film must have participated within the competition. You can compete, and then opt for a film review months further down line.
​​· Entering the competition does not in-turn mean you're automatically 'Official Selection'. 'Official selection' is competitive, submitting doesn’t mean you’ll automatically be selected.
​​· ​By entering Lonely Wolf, you will automatically join our mailing list, we ask you follow us on Instagram to keep up to date with the status of your entry and wider festival news. And to also join our secret "wolfpack" group on Facebook.
​​· You confirm your credits list is as complete as possible to include members from all departments of production, failure to do so will mean that the director will be announced the nominee and/or winner for an individual merit category.
​​· Lonely Wolf reserve the rights to disqualify any film on certain grounds.
​​· You agree to have read and accepted Lonely Wolf's rules and regulations.